“Arduino is an open-source electronics prototyping platform based on flexible, easy-to-use
hardware and software. It’s intended for artists, designers, hobbyists, and anyone interested in creating interactive objects or environments.” – www.arduino.cc

This session assumes you know nothing about Arduino, but want to learn more. I’ll show how to get your Mac set up with an Arduino IDE, compare some of the Arduino devices that you might want to purchase, and look at some example projects that are fun to implement.

I’ll also do a quick comparison between Arduino and some other similar platforms, such as the Raspberry Pi.

We will round things off with a look at the new Apple HomeKit API, and what it means for controlling all sorts of devices around your home via iOS 8. 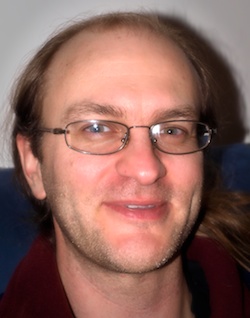 Matt is a programmer in the Marketing Office at the Australian National University. He has experience in web, iOS, Android and Mac programming, and is currently having fun playing with Arduino devices in his spare time. His house now has 12 temperature sensors logging data every 1 minute…because it’s important to know the temperature in your roof to 4 decimal places.