In 2016 “Pokemon Go” not only grabbed the attention of the public and the press – it injected a new life into a mature yet quickly evolving technology. In June this year Apple’s ARkit was released and it has hit the reset buton by empowered developers to head in new directions and do so with a minimum of development effort.

This session will look at the evolution of AR by showing examples of work that has been done in multiple disciplines from various universities. The talk will review the scholarly literature and examine the efficacy of AR as a teaching tool and should offer a basic background for the more in depth and technical AR presentations and workshops at the conference. 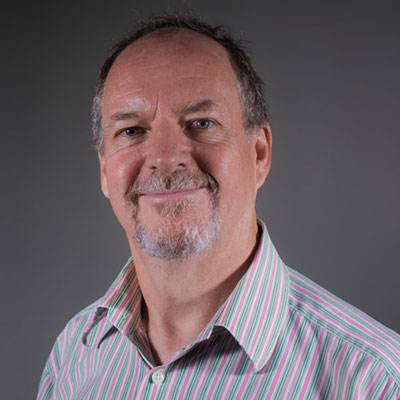 Stephen is currently working with Bond University around technology enhanced learning. Prior to that he consulted in the educational technology space in Europe and Australasia. His particular focus remains upon mobile learning and competency based education.

Stephen was with Apple Australia for 16 years and in this role he engaged with the tertiary sector in Australia and New Zealand around collaborative research and teaching projects, professional development, and managed Apple’s relationship with the AUC. He chaired the CreateWorld conference for many years from it’s 2006 beginnings.

Never having lost his focus on the educational impact of technology, Stephen is often heard chanting his mantra “if you put technology first, learning comes second!”